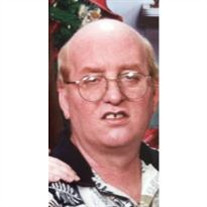 Mr. Carl Edward “Eddie” Josey Jr. Augusta, Georgia Mr. Carl Josey Jr. of Augusta went to be with his Lord and Savior on Friday December 16, 2011. He was 60 years old. The family will receive friends Tuesday, December 20, 2011 from 10:30 a.m. until 12:00 p.m. at The Poteet Funeral Home. The funeral will be conducted after the visitation on Tuesday, December 20, 2011 at 12:00 p.m. in the funeral home chapel. The committal service will follow at Hillcrest Memorial Park with Military Honors. Honorary pallbearers serving are the Deacons of Crossroads Fellowship Church. Pastor Chuck Peters will officiate. Mr. Carl Josey Jr. has lived in Augusta since 1960, he graduated from Glenn Hills High School in 1970. He joined the Navy in 1971. During Carl’s service to the Navy he spent a great deal of that time on the USS Saratoga. After several deployments Carl Came back with medals related to his tour in Vietnam. In 1975 Carl completed his term and transferred into the Navy Reserves and was active until 1985. During Carl’s service in the Navy he was awarded with the National Defense Medal, Vietnam Service Medal, Vietnam Campaign Medal with Device, and the Navy Unit Commendation. Carl loved his Lord, his country, his family and dedicated his life to protecting them. Carl was a Charter member of Crossroads Fellowship Church and a devout Christian with a strong faith in his Lord. Mr. Carl Josey Jr. is survived by his mother Frances Josey of Augusta; daughter Joy Elaine Josey of Boston, MA; brothers Randy Josey and his wife Miriam, of Hephzibah, Steve Josey and his wife Sharon, of Spartanburg, SC; nieces and nephews Nichole Thomas and her husband Howard, Meredith Josey, Caroline Josey, Barrett Josey, Georgia Josey; great-nephew Preston Thomas and special friend Patty Bennett. Mr. Carl Josey Jr. is preceded in death by his father Carl Edward Josey Sr. (1999) and brother David Allen Josey (1961). The family wishes the memorial contributions be made to the Muscular Dystrophy Association www.MDA.org or to Crossroads Fellowship Church, 3875 Wrightsboro Road, Augusta 30909. The Poteet Funeral Home 3465 Peach Orchard Road, Augusta, 706.798.8886 is in charge of the Funeral Arrangements.

The family of Carl Edward Josey Jr. created this Life Tributes page to make it easy to share your memories.