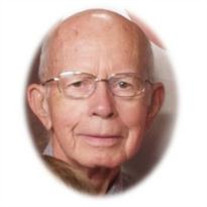 Mr. Clifford Jordan Murphey, of McBean, died on Sunday, December 18, 2011 at Doctors Hospital. He was 86 years old. The family will receive friends today, Tuesday, December 20, 2011 from 6:00 until 8:00 p.m. at The Poteet Funeral Home, 3465 Peach Orchard Road, Augusta. The funeral service will be conducted tomorrow, Wednesday, December 21, at 1:00 p.m. at Piney Grove Baptist Church. Mr. Murphey’s body will lie in state at the church on Wednesday from 12:00 noon until the funeral hour. Committal will follow in Piney Grove Cemetery. Rev. John Meyer and Rev. Troy Josey will officiate. Pallbearers are Brian Josey, Rev. Troy Josey, Brandon Hargrove, Wesley Wright, Nick Kennedy, and Sidney Saxon. The members of Mr. and Mrs. Murphey’s Sunday School class, Mr. Rollis Debow, and Mr. James Cawley will serve as honorary pallbearers. Mr. Murphey is survived by his wife of 60 years, Mrs. Margie Collins Murphey; his children, Diane Murphey Graham, and her husband, Keith, of Evans, Marvin Clifford Murphey, and his wife, Chris, of McBean, and Wanda Murphey Stewart, and her husband, Andy, of Evans; his grandchildren, Brian Josey, Rev. Troy Josey, Brandon Hargrove, Wesley Wright, Mitchell Graham, Russell Graham, Nick Kennedy, Ashley Stewart, and Kasie Stewart; nine great-grandchildren. Mr. Murphey was born in Augusta; he was the son of the late Allie Clifford Murphey and Euphemia Bryson Davis. Along with his parents, he was preceded in death by his sister, Emily Murphey, and his brother, Robert Murphey. Mr. Murphey was a longtime and active member of Piney Grove Baptist Church. He served as a deacon and in many other roles at the church. For many years, he was the owner and operator of Brysons Dairy. After retiring from the dairy, he was affiliated with Canteen Vending Company. The family suggests that memorials may be made to Piney Grove Cemetery Fund, 5060 Hwy. 56, Augusta, Georgia 30906. The Poteet Funeral Home, 3465 Peach Orchard Road, Augusta, 706.798.8886 is in charge of the funeral arrangements. Friends may sign the online guest register at www.poteetfuneralhomes.com

The family of Clifford Jordan Murphey created this Life Tributes page to make it easy to share your memories.

Send flowers to the Murphey family.