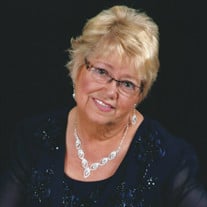 Debra Lynn Carter Viator, 67, of Hephzibah, passed away on Monday, August 20, 2018 at Eisenhower Army Medical Center. Funeral services will be held at 1:00 pm on Saturday, August 25, 2018 in the Chapel of The Poteet Funeral Home with Pastor... View Obituary & Service Information

The family of Mrs. Debra Lynn Viator created this Life Tributes page to make it easy to share your memories.

Debra Lynn Carter Viator, 67, of Hephzibah, passed away on Monday,...

Send flowers to the Viator family.