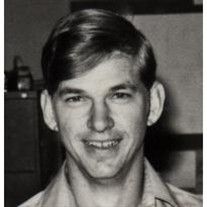 SSG/US Army Retired Mr. Edward J. Bailey Jr. of Hephzibah entered into eternal rest on Saturday, June 4, 2011 at his residence. He was 63 years old. The memorial service will be conducted on Thursday, June 9, 2011 at 7:00 p.m. at the... View Obituary & Service Information

The family of Edward J. Bailey Jr. created this Life Tributes page to make it easy to share your memories.