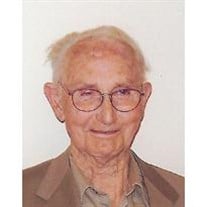 CSM Elmer “ Gale” Green U.S. Army Retired CSM Elmer “Gale” Green, U.S. Army Retired, died on Sunday, June 13, 2010. He was 90 years old. The family will receive friends on Friday, June 18, 2010 from 6:00 p.m. until 8:00 p.m. at The Poteet Funeral Home, 3465 Peach Orchard Road, Augusta. The funeral service will be conducted on Saturday, June 19, 2010 at 10:00 a.m. in the funeral home chapel. Committal services will follow at Hillcrest Memorial Park with military honors. Mr. Green was preceded in death by his beloved wife of more than 48 years, Martha Elizabeth Ramsey Green, on February 2, 1995. He was born on March 13, 1920 in McClure, Illinois. He was one of nine children of the late John and Anna Davis Green. His siblings who preceded him in death include Lewis Green, William Green, Vivian Green Montgomery, Norma Jean Green, James Green, Loren Green, Ernest Green; his brother, Charles Green survives him. Mr. Green is also survived by his devoted friend and caregiver of many years, Janet Manning of Evans; his close friends Mr. and Mrs. Billy Maynard, and his beloved dog, Meyling. Mr. Green attended Sherwood Baptist Church. He was retired from the United States Army as a Command Sergeant Major in 1965 after more than 25 years of service. He was among the first group of soldiers promoted to the rank of Command Sergeant Major. During his time in the military, he was part of the landing at Normandy in WWII, served in Germany, France , and Japan. Following WWII, he was a consultant and liaison for the Army during the Nuremberg Trials. He was also stationed in Hollywood, California and assisted in making training films for the Army. While in California, he was selected to serve as the military escort for President and Mrs. Franklin D. Roosevelt. At the time of his retirement, he was CSM of the US Army Rangers at Fort Benning where he also coordinated the Student Brigade program with the Third US Army. After retiring from the military, he worked with Auburn University in Alabama as a welder and was instrumental in the design and construction of several buildings and the attendant facilities. The Poteet Funeral Home, 3465 Peach Orchard Road, Augusta, Georgia, 706.798.8886, is in charge of the funeral arrangements.

The family of Elmer Gale Green created this Life Tributes page to make it easy to share your memories.

Send flowers to the Green family.