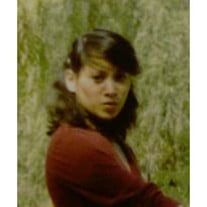 Mrs. Frances T. Evangelista Loving wife of Anthony Evangelista Mrs. Frances T. Evangelista, of Hephzibah, died at her home on Sunday, January 8, 2012. She was 54 years old. The family will receive friends on Friday, January 13, 2012, from 6:00 until 8:00 p.m., at The Poteet Funeral Home, 3465 Peach Orchard Road, Augusta. The funeral service will be conducted on Saturday, January 14, 2012, at 10:00 a.m., in the funeral home chapel. Along with her husband of more than 35 years, Anthony Evangelista, she is survived by her sons, Raymond J. Evangelista, of Hephzibah, Jason T. Evangelista and Shawn T. Evangelista, both of Atlanta; her mother, Agueda St. Augustin Torres; her granddaughter, Kylie Nicole Evangelista, of Augusta; her brothers and sisters, Rosemarie Evangelista , Thomas Torres, Johnny Torres, Patrick Torres , Michael Torres , Kathryn Evangelista, Margaret Taijeron, Zachary Torres, Lawrence Torres , Stephen Torres , Diana Tabunar, Barbara Evangelista ,Eric Torres,Raymond Torres, Agueda Tackney, and Enrique Torres; many nieces, nephews, other relatives and friends. She was preceded in death by her father, Enrique Torres, and by her brother, Daniel Torres. Mrs. Evangelista was a member of St. Michaels Catholic Church. She was born in Guam, and had lived in Hephzibah for the past seventeen years. Along with her husband, she was the owner of Wheels Corner Pub. The Poteet Funeral Home, 3465 Peach Orchard Road, Augusta, 706.798.8886 is in charge of the arrangements.

The family of Frances T. Evangelista created this Life Tributes page to make it easy to share your memories.

Send flowers to the Evangelista family.