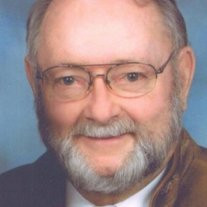 Gerhard Josef Cremer, of Augusta, entered into rest on, Monday, August 26, 2013. Gerhard Josef Cremer was born on September 9, 1937 in Emmering, Germany. He successfully applied for a visa to emigrate to the United States. He arrived aboard the SS United States on May 22, 1956. He took great pride in being selected to receive one of the few visas issued in the day and he took pride in his new country. As a way to show his pride he joined the United States Navy in 1957. He served aboard the USS Elokomin (AO-55) and was honorably discharged. He became a Naturalized US Citizen on August 29, 1961. Mr. Cremer worked for 37 years in the Paper Industry. He started out in the Maintenance Department at P.J. Schweieter Paper Mill and worked his way up through the ranks to Supervisor of Maintenance at Seaman’s Paper. He moved to management and worked his way from Plant Manager at Fox Paper and retired as Director of Paper Making Operations for the East Coast with American Tissue. Not ready to fully retire, he started a second career running his own company. He purchased a franchise of American Leak Detection and opened operations in Georgia in 1993. He and his wife Lois ran the successful business until 1998 when he sold it and actually retired. Gary was married to Lois Cremer nee Cottrell on February 27, 1960 at St. Joseph’s Church in South River, NJ. Together they raised three children; Thomas, Ted, and Bernadette. Mr. Cremer was an active and generous member of the communities where he lived. Active in the Catholic Church he took on a variety of responsibilities including singing in the choir, teaching PRE and sponsoring RCIA candidates. Outside of his church he was active in the Masons and the Shriners, giving generously of his time, talent, and treasures to help the various charities the groups supported, especially the Shriners Hospitals. He also enjoyed the theater and music, taking roles both on the stage and behind the scenes. Not everything was work. He did enjoy relaxing outdoors and traveling. One of his favorite pastimes was taking motorcycle trips with his sons and son-in-law. Gerhard Josef is survived by his wife, Lois; three adult children, Dr. Thomas Cremer ( Musician/Language Educator), Master Chief Ted Cremer (US Navy Retired) and Bernadette Vipond (Office Manager for a Physical Therapy Practice). He also leaves behind three grandchildren; Nicole, Ariel, and Shawn, and his great grandchild, Logan. He will be missed by many, especially by his faithful four legged companion, Buddy. The Memorial Mass will be held on Friday, August 30, 2013 at 12:15 p.m. at The Church of the Most Holy Trinity, 720 Telfair Street, Augusta, Georgia. In lieu of flowers, the family request donations be made to the Shriners Hospital for Crippled Children, 950 West Faris Road, Greenville, SC 29605 The Poteet Funeral Home, 3465 Peach Orchard Road, Augusta, Georgia, 706.798.8886, is in charge of the funeral arrangements.

Gerhard Josef Cremer, of Augusta, entered into rest on, Monday, August 26, 2013. Gerhard Josef Cremer was born on September 9, 1937 in Emmering, Germany. He successfully applied for a visa to emigrate to the United States. He arrived aboard... View Obituary & Service Information

The family of Mr. Gerhard Josef Cremer created this Life Tributes page to make it easy to share your memories.

Gerhard Josef Cremer, of Augusta, entered into rest on, Monday,...

Send flowers to the Cremer family.