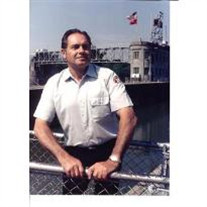 Beech Island, SC Mr. Harold L. Parsons Retired Lockmaster Mr. Harold L. Parsons, beloved husband of Esther Parsons, of Russell Street in Beech Island, died on Monday, January 12, 2009. He was 83 years old. The family will receive friends on Friday, January 16, 2008 from 6:00 pm until 8:00 pm at The Poteet Funeral Home, 3465 Peach Orchard Road, Augusta. The funeral service will be conducted on Saturday, January 17, 2009 at 2:00 p.m. in the funeral home chapel. Interment will be at Hillcrest Memorial Park. Rev. John L. Beck will officiate. Along with his wife, Esther Parsons, he is survived by his son, Roger Parsons; step children, Bobby Powell Jr., Bonnie Anne Hadden, and Rose Marie; his sisters, Naomi Coffman of Ohio and Juanita Kimes of West Virginia; ten grandchildren; seventeen great-grandchildren; several great-great-grandchildren. He was preceded in death by his sons, Wayne and David Parsons. Mr. Parsons was a veteran of the United States Navy. He retired in 1990, after more than 40 years, from Corp of Engineers where he was the lockmaster of the New Savannah Bluff Lock and Dam. The Poteet Funeral Homes, 3465 Peach Orchard Road, Augusta, 706.798.8886, is in charge of the arrangements.

The family of Harold L Parsons created this Life Tributes page to make it easy to share your memories.

Send flowers to the Parsons family.