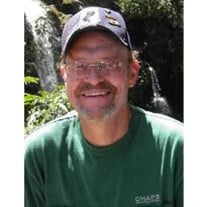 Mr. James Suttles “Jay” Purvis III Member of Piney Grove Baptist Church Mr. James Suttles “Jay” Purvis III, husband of Denise Purvis, died on Saturday, December 3, 2011. He was 57 years old. The family will receive friends on Monday, December 5, 2011 from 5:00 until 7:00 p.m. at The Poteet Funeral Home, 3465 Peach Orchard Road, Augusta. The funeral service will be conducted on Tuesday, December 6, 2011 at 3:30 p.m. at Piney Grove Baptist Church. Mr. Purvis’s body will lie in state at the church on Tuesday from 2:30 p.m. until the funeral hour. Committal will follow the service in the church cemetery. Rev. John Meyer will officiate. Pallbearers are Herbert Hutcheson, Michael Paul Callison, Jeff Ard, Wayne Whitaker, Terry Davis, and Lance Poindexter. Honorary pallbearers are Tom Saxon, Ray Saxon, Elwood Rabun, Rollis DeBow, and Clifford Murphey. Along with his wife of more than thirty-one years, Mrs. Denise Purvis, Jay is survived by his mother, Emily H. Purvis; his father-in-law, Thomas W. Lane; his sisters, June Purvis, Viola P. O’Grady and her husband, Mike, Kathy P. O’Grady and her husband, Tommy; his brother, Eddie Purvis; his brother-in-law, James C. Lane; fourteen nieces and nephews. Jay will also be lovingly remembered by his many “adopted” children. He was preceded in death by his father, James Suttles Purvis Jr., and by his mother-in-law, Marjorie T. Lane. Jay was a longtime and active member of Piney Grove Baptist Church. At the church, he was a trustee, a member of the Joshua Gems, and he was a co-director of the Senior Program. Jay served in The United States Army during the Vietnam Era. He worked for Searle Inc. for twenty three years. After the closure of Searle, he worked for Kimberly Clark. Jay loved riding his Harley Davidson. He enjoyed photography, target shooting, and fishing. He will always be remembered for his cheerful nature, unconditional love and devotion to those close to him, and his “good tight hugs”. Jay was a huge fan of the Georgia Bulldogs. Flowers are being accepted and memorials may be made to the Piney Grove Baptist Church Cemetery Fund, 5060 Mike Padgett Highway, Augusta 30906. The Poteet Funeral Home, 3465 Peach Orchard Road, Augusta, 706.798.8886 is in charge of the funeral arrangements.

The family of James Suttles Purvis III created this Life Tributes page to make it easy to share your memories.