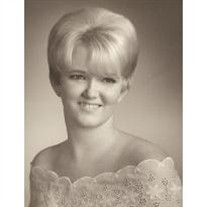 Mrs. Pamela “Ann” Andracki, of Augusta, went home to be with the Lord on December 2, 2010. The family will receive friends on Tuesday, December 7, 2010 from 6:00 until 8:00 p.m. at The Poteet Funeral Home, 3465 Peach Orchard Road, Augusta. The funeral service will be conducted on Wednesday, December 8, 2010 at 11:00 a.m. in the funeral home chapel. Committal services will follow at Hillcrest Memorial Park. Ann is survived by her husband, Matthew “Butch” Andracki; her daughter, Carie Bosdell (Roy), of Waynesboro; her grandchildren, Bill, Brandon, and Jennifer Bailey; her great-grandchildren, Brianna Bailey and Brandon Bailey Jr., her sister, Phyllis Bagley (John), of Utah; her brother, Darrell Garvin, of Waynesboro; her sisters-in-law, Cecelia Pearre and Tina Garvin; many loving nieces, nephews and cousins; two special and longtime friends, Suzanne Hurley and Amy Hill. She was preceded in death by her parents, James and Frances Garvin. Ann retired from Kroger. She was a member of the Church of Jesus Christ of Latter Day Saints.

The family of Pamela Ann Andracki created this Life Tributes page to make it easy to share your memories.

Mrs. Pamela “Ann” Andracki, of Augusta, went home to be with...

Send flowers to the Andracki family.