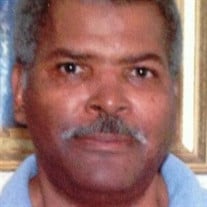 Phil Rogers, Sr., age 70, of Hephzibah, passed away Wednesday, April 1, 2015, at the V.A. Hospital in Augusta, GA. He was born in Gough, GA., on September 11, 1944, to the late John Henry Rogers and Emily Blount Williams. He was preceded in... View Obituary & Service Information

The family of Phil Rogers Sr. created this Life Tributes page to make it easy to share your memories.

Send flowers to the Rogers family.